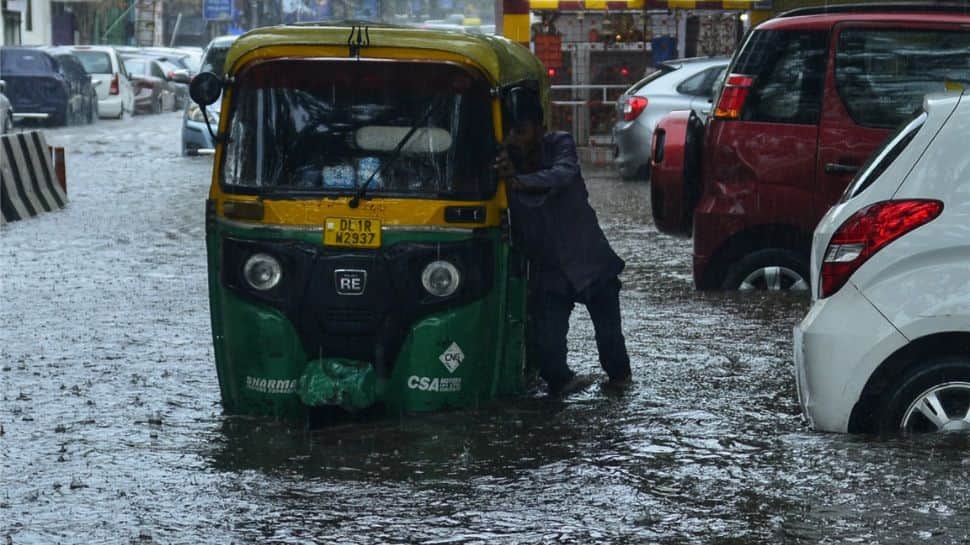 New Delhi: As monsoon finally reached the national capital today (June 30), many areas of Delhi including the newly-inaugurated Pragati Maidan tunnel, ITO, Ring Road and Delhi-Meerut expressway, witnessed waterlogging. In the wake of a heavy downpour, traffic was hit and vehicles were stuck for several hours in several parts of the city. Moreover, city border areas like the Delhi-Noida border, Chilla border, UP Gate and Delhi-Gurugram road also reported traffic snarls due to heavy showers on Thursday morning, as per PTI.

Delhi traffic police took to Twitter to issue warnings about the jams and provide the latest traffic update amid the deluge. “Movement of traffic has been restricted at Anand Parbat T-point, Zakhira underpass Inderlok. Both the carriageways are closed due to water logging. Commuters coming from West Delhi may take left turn from Inderlok and turn towards Ring Road via Keshavpuram, Britannia Chowk,” they said.

Azadpur Chowk to reach their destinations. Inconvenience is regretted. Efforts are afoot to decongest the area and DJB pumps are working to pump out the water. PWD staff is on the ground to eradicate the problem.(2/2)

“Azadpur Chowk to reach their destinations. Inconvenience is regretted. Efforts are afoot to decongest the area and DJB pumps are working to pump out the water. PWD staff is on the ground to eradicate the problem,” the Delhi traffic police added in another tweet.

Issuing a warning for those travelling to and from South Delhi, they informed in another tweet, “In South District the following stretches are heavy and may be avoided. Aurobindo marg from IIT to Adhchini both carriageways. MB road from Khanpur T-Point to Tughlak fort both carriageways. Outer Ring Road from Chiragh Delhi to Savitri Flyover.”

As per the latest update by Delhi Traffic Police, the traffic has been cleared at Baba Banda Singh Bahadur Setu in the carriageways going from Lodhi Underpass and AIIMS towards Sarai Kale Khan and DND.

Meanwhile, in view of the heavy showers, the Public Works Department (PWD) has established a Central Control Room to keep an eye on 10 critical waterlogging sites in Delhi through CCTV cameras.