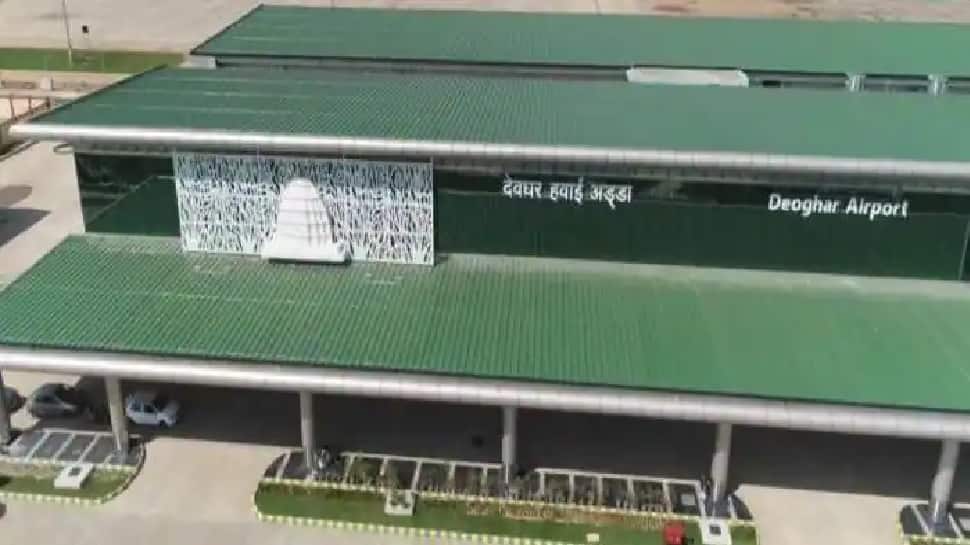 The newly-built Deoghar airport, which will be inaugurated soon, will provide air connectivity to Jharkhand, northern West Bengal, and south-eastern Bihar. On June 29, the Directorate General of Civil Aviation (DGCA) granted the aerodrome licence to the Deoghar airport in Jharkhand, allowing it to handle narrow-body aircraft such as A321 and B737. “The newly-built Deoghar Airport in Jharkhand received an aerodrome license from DGCA today,” the Airports Authority of India (AAI) wrote on Twitter.

“The licence has been upgraded from 3C to 4C, which permits commercial operations up to Airbus 321, Boeing 737 type, and equivalent aircraft. A 3C license allows an airport to only handle regional aircraft like ATR-72. It will also facilitate easy connectivity to pilgrims coming to Baidyanath Dhaam,” it stated.

Deoghar airport will be the second airport in the state after Ranchi. Spread in a vast area of 650 acres, the design of the terminal building is inspired by the structure of Baba Baidyanath Temple. Paintings of tribal art, handicrafts, and local tourist sites are showcased in the terminal building.

To protect the environment the airport has installed solar energy and water harvesting systems. With its strategic location, the airport will provide air connectivity to people from Dumka, Gonda, Banka, and the neighboring state of Bihar.

With the construction of the new airport in Deoghar, regional connectivity is set to receive a major boost. It will enhance tourism and open new trade opportunities in the region dominated by the tribal people.

(With inputs from PTI)