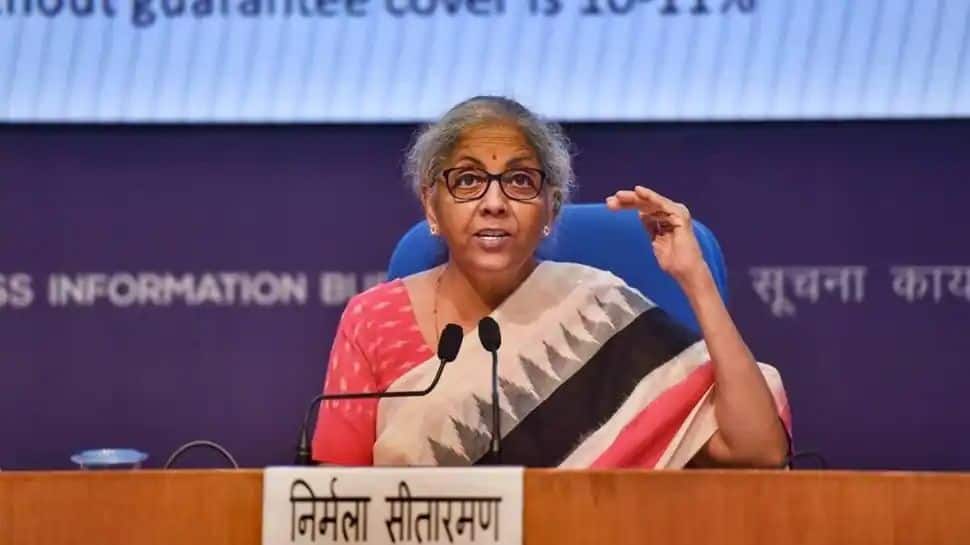 New Delhi: Amid the rupee declining against the US dollar, Finance Minister Nirmala Sitharaman on Thursday said the Indian currency is relatively better placed than other global currencies against the greenback. Emerging market currencies have been falling against dollar amid geopolitical tensions in the wake of the Russia-Ukraine war, concerns over growth, high global crude prices, sustained inflation and central banks worldwide adopting hawkish monetary policy approach.

“We are relatively better placed. We are not a closed economy. We are part of the globalised world. So, we will be impacted (by global developments),” the finance minister said on the sidelines of an event here. (ALSO READ: PM Modi launches ‘Raising and Accelerating MSME Performance’ scheme: All you need to know)

She was responding to a question on the movement of rupee against the dollar. (ALSO READ: B Right Real Estate IPO opens today: Price band, subscription dates)

The rupee breached the psychologically significant level of 79 per dollar level for the first time ever on Wednesday and has also hit a series of lifetime lows this month.

However, on Thursday, the domestic currency rose 13 paise to 78.90 against the US dollar in early trade.

“We will stand for its stability and we are doing it. We are there in the market and we will not allow disorderly movement of the rupee. We have no level in mind, but we will not allow jerky movement. That is for certain,” Patra had said.